Select the bouquet or centerpiece of flowers that you like most online to deliver at Castilblanco de los Arroyos or any other city in the province of Sevilla - - But if you prefer, you can call us for free at Phone : 0034 900264088, we will take note of your order.

teleROSA Florist offers you the most complete service to deliver your flowers to anyone you want on Castilblanco de los Arroyos or any other city in Spain, our flower catalog is colorful and ample, to always find an appropriate option for your budget and your taste, you can order on this website in just two minutes or by phone at 910888018 (0034 910888018 from overseas), you can pay your flowers in the way that's most confortable for you, the most important thing is that you will surprise and thrill the person you want, your couple, mother, a friend, your sister, the upstairs neighbour or a stranger one that make you a big favor one day, this is our secret and that makes our customers be loyal to teleROSA, we do not transport products we deliver feelings in the form of bouquet and that's our expertise.

There are many gifts, there are in all price ranges and styles, but only one it's a gift for thousands of years ago, the flowers.. The flowers have a special magic, something that technology has not gotten imitate, the memory of a flower bouquet stays in the heart forever, if you've never experienced the feeling of giving a nice flowers, now is the time, ask to teleROSA for a flowers delivery in Castilblanco de los Arroyos and Find out the wonderful impact.

Your daughter , your niece or even your best friend will go to Castilblanco de los Arroyos  to study/work, sometimes you'll miss them and feel alone. teleROSA offers you the opportunity to get closer to their hearts by sending them a surprise with our flower arrangement, Lucky flower center to the city where they are, we will deliver your pretty roses to that person wherever they are with a note where you can tell them how much you miss them. An unexpected gift will keep your company in their lonely hours because of the distance, every time they see your gift will feel you closer, and because the floral arrangement is made with eternal roses, natural roses that have lyophilized so don't need water and never wilt, they will accompany them throughout the time you are away from Castilblanco de los Arroyos.

With teleROSA, nothing is easier to send your roses also to postal code 41230 or any other city of Sevilla or in Spain. 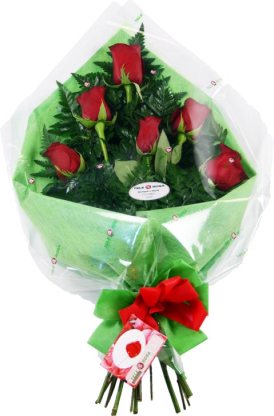 teleROSA Florist wants to present you their bouquet of six roses, one of the most traditional but at the same time the star product; is the most requested in any city in Spain but also in Castilblanco de los Arroyos and the rest of Sevilla. It's composed of six spectacular and large size roses, fern and different kind of green depending of the season, paniculada flower, ruscus, rice flower...

The elegance and beauty of the bouquet as well as an affordable price make this classic bouquet perfect for any occasion and gift for that special person, the most demanded color is the red; although the combination of yellow and pink convey a special joy and it's ideal for a girl's birthday or a saint. Also with teleROSA,  you can join this beautiful bouquet of six roses with a sweet teddy or a box of chocolates bonbons to sweeten your roses, this will make it an unforgettable surprise even with a tight budget.

Today teleROSA Florist will tell you about the relative importance of colors of the flowers, each color has their own meaning but at the same time also varies according to the location, that's why it's important to choose the favorite color of the beloved person you will gift. The true meaning of each color you give is giving by you, when you choose it in every time.

If shown on the lower left side of your screen something similar to this globe, you can click on it and write your question to be answered immediately by an operator of teleROSA Florists, is a live online chat with our central office, that make you communicate in a fast way for a quick response. When we are closed or we have technical problems this globe doesn't appear, please try again later or contact us by phone or email.

The Bouquets of flowers in Castilblanco de los Arroyos from teleROSA

The bouquet of flowers is the gift more oldest known, every day teleROSA Florist design new forms and presentations of them, because demand doesn't decrease, the emotion that produces a bouquet of flowers delivered at work, at home, in a hotel or wherever you are is something really special. Our florists are careful in the design and preparation to each one as if it were the first they made, because we know the emotion that make to our customers and the surprise when one of our delivery drivers in Castilblanco de los Arroyos or in any other city in Sevilla give your gift.

For your birthday teleROSA Florist deliver at home in Castilblanco de los Arroyos the flower bouquets more spectacular, so you leave to that special person with the open mouth in his celebration party. Your gift may be the most surprising one , you can choose from our entire assortment birthday section in our catalog. Don't doubt it and visit our website and choose one of our presentations to congratulate with flowers, teleROSA Florist shared birthday wishes in Castilblanco de los Arroyos and in all Spain..

If a baby has just been born in Castilblanco de los Arroyos, teleROSA Florists delivery your bouquet of flowers and roses to congratulate the new parents with an original and exclusive form. Our baby catalog is designed so you can choose from a variety of arrangements and bouquets for a boy or a girl. This unique day is worthy of an unexpected and wonderful gift teleROSA Florists can deliver on your name in the hospital or at the home of the newborn baby.

Who said that roses weren't a guy thing? Times change and that's why teleROSA Florist offers you a selection of elegant bouquets and centers of flowers designed thinking on them. Because flowers were, are and will be always beautiful... and men today have learned to enjoy the emotional, visual and olfactory pleasure of the flowers. Now that you have it clear, if it's your anniversary, a birthday or just because you want to... you should surprise your man with a beautiful bouquet of roses of course from teleROSA Florists in Castilblanco de los Arroyos or wherever he is.

Get out a smile to that woman from Castilblanco de los Arroyos with teleROSA Florist, for her birthday, celebration of her saint, the anniversary or just because you want to make this day unforgettable for both, teleROSA offers many possibilities within their catalog but it's you who must select the perfect for the occasion and one of our delivery drivers will deliver your surprise bouquet of flowers at work or home in Castilblanco de los Arroyos.

In our tab of deals you'll found in each moment a series of bouquets or flower arrangements at a special price for delivery in Castilblanco de los Arroyos but only for a limited time, if you find an offer you like, don't let it go even if the delivery time is later, make your purchase at that moment because tomorrow can't be avalaible. teleROSA Florists always the best offers in flowers.

We have a variety of eternal roses in bouquet, basket of eternal roses that never wilt. Eternal roses are natural roses which have been lyophilized, that means the humidity is extracted and therefore remain practically forever with the appearance of a natural rose. To surprise to anyone you want, we can make the courier delivery in Castilblanco de los Arroyos or any city of the peninsula no matter how small is it, by ordering this with a little advance. Available colors: Red, Pink, Yellow, Black, Orange, Blue and Black.

teleROSA Florists also with you in hard times so you can transmit your condolences for the loss of your loved ones. We have an urgent delivery for all funeral and cemeteries and funeral arrangements funeral wreath, funeral cross or palm of rose to Castilblanco de los Arroyos or any city in Spain.

In teleROSA Florists know that one of the fundamental aspects for our clients is the delivery of your bouquet of flowers, we have delivery drivers who know the most important flowers aren't just the flowers because the emotion it's important too at the time of the delivery, that's why each bouquet is treated as gently as possible and try to keep the surprise every time. Also once your bouquet is delivered we will send a confirmation SMS to your mobile so you have the guarantee that we have made your deliver.

Valentine's day,  red roses, bouquet of roses, love and teleROSA means almost the same and that's why in teleROSA Florists on February 14th we get the wings to deliver thousands of bouquets of red roses all over Spain, also in Castilblanco de los Arroyos of course. We want this year you enjoy Valentine's Day with the person you love and giving her a beautiful bouquet of roses from teleROSA to show your love and the importance of the details for you.

The payment security of your shopping online, is the major issue for Florists teleROSA , so we offer different payment options and all with maximum security. For your tranquillity you can do it with PayPal or by virtual dataphone directly in the page of the bank https, in this cases teleROSA never have access to your credit card , but you can also buy your roses and pay by a transfer with your bank, in that case you need to buy your bouquet with at least two days in advance of the desired delivery date.

Customers who already trust in teleROSA Florists have for years paying with their card by phone, is a very fast and convenient way for the customer who can safely make your purchase online, select card payment by phone and then we'll call you to confirm that we have successfully received your order and to handle the payment, in this case the payment is made during the same call, once the payment its confirmed the credit card details will be erased.

teleROSA can send flowers bouquets to Castilblanco de los Arroyos and also to: 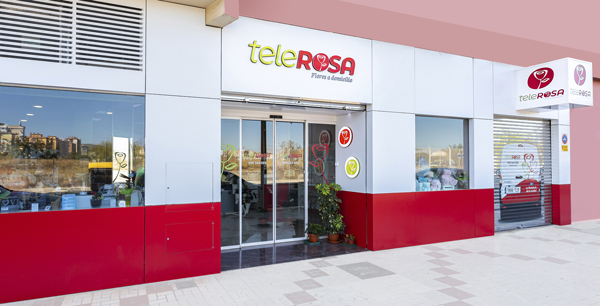 We deliver roses and flowers in Castilblanco de los Arroyos to celebrate birthdays, make an appointment or send a message of love.